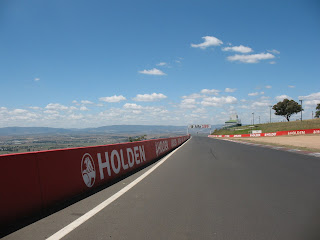 After the southern highlands, my father-in-law came and picked us up and took us to bathurst, where he lives. It's a pleasant small aussie town that is most famous for hosting a car race. We took a drive on it and you tubed it here, but a funny clip of the race a few years ago is here.

One day, we went to a neighboring small town to have a pub lunch where the toddler found her fear of flies. Not a good fear to have in australia. We taught her the "australian wave," and tried to make light, but she would scream and run for cover any time a pest flew by--which was a lot.

The bathurst museum my father-in-law volunteers at had a display about medical history. As a future IBCLC (i got approved to take the exam in july!!), i found the display about breastfeeding particularly interesting. There was this letter made by a formula company that is supposed to be from your visiting home nurse to the new mother and baby. 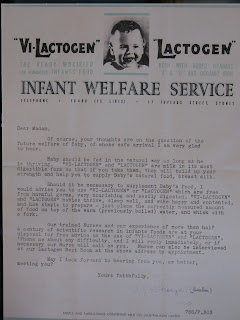 Reminds me of how nestle "donated" formula to african countries telling them it's best for babies until all the lactating mothers had their babies weaned....then stopped donating the formula so all these moms and babies were up sh*t creek.

Here's an early version of a nipple shield for all the nurses in the house. 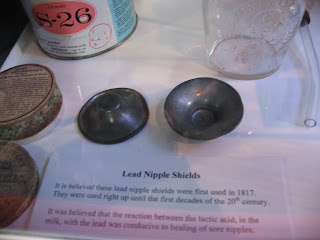 Nice nipple shields... I can't imagine they worked very well or did anything to help moms want to keep breastfeeding their babies when it was difficult!