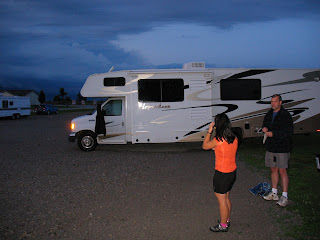 Above shows the thunderstorms that had passed in the night and luckily went away for the rest of the day. It was sunny by breakfast. We managed to find the Chris Cakes every day. 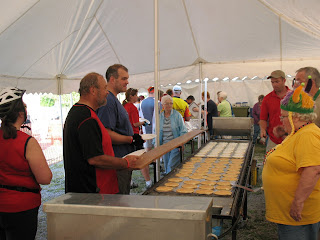 Below is a church in Blakesburg, IA with the best pie ever. I'm not even that into pie, but the pecan, strawberry and chocolate cream was SO good. Really. Good. 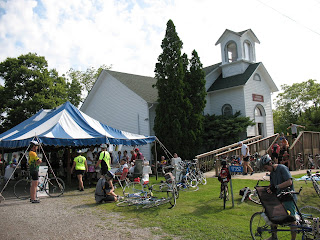 I convinced my husband to accompany me on the extra 27 mi loop to do a century (100 miler). The longest i've ever riden at once was 2 days before (87 mi), so i figured the extra few miles wouldn't be much. And it wasn't. Not too hilly, pretty scenery. I was pretty proud of myself and thought i was hot stuff, completing it without too much pain, but it did catch up with me (see Ragbrai Friday). 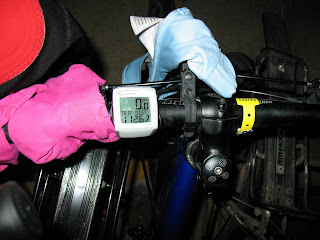 As we rolled into the overnight town (Ottumwa), the skies opened up and it rained hard. We huddled under the awning at the gas station along with 50 other cyclist and waited it out for about an hr. Instead of going into the town center, we ate at the closest "restaurant," which was Wendy's, which i hadn't eaten in since high school. Despite, i wolfed down fried sauce-drenched chicken and a baked potato and we headed for the Baptist church. 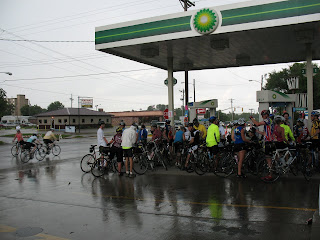 You can't tell from the below picture, but the gracious baptist church let the men pitch their tents in the church basement, which was air conditioned. I thought it strange that three men, who know each other were in three tents in the same room with no others. Whatev. 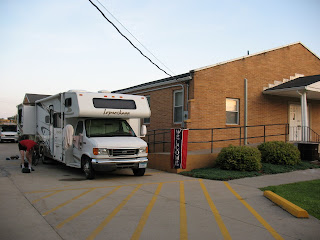