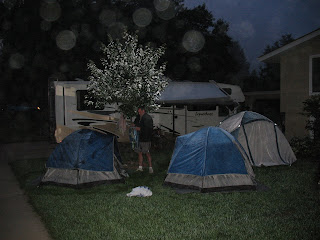 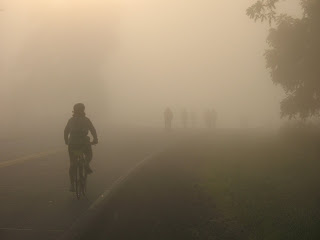 It took a while to burn off the fog, but no rain clouds above and not too cold, we couldn't complain. By 9am, we were in the 'star town,' or about midpoint and listened to some really bad karoke before the machine (thankfully) broke and a comedian took the microphone. He was a bit disgusted about the whole bike short situation. Most people clean out their shorts with them in the shower and dry them out on the fence--which is what i did and it worked quite well. I almost accidentally left a pair that was left on a bench outside a house we were staying by and i wasn't sure if they were mine or not, and did not sniff them as my brother suggested to see if they were mine. 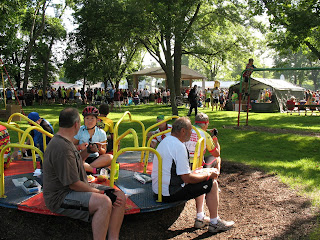 We rolled into town pretty early this day, so my husband and i took our kids off my mother's hands who made a bee line for downtown by herself for some alone time. Below is a charming old school shop in the main square. 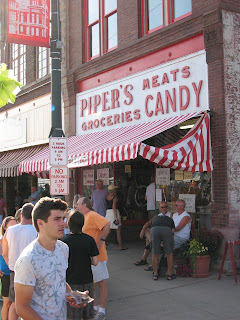 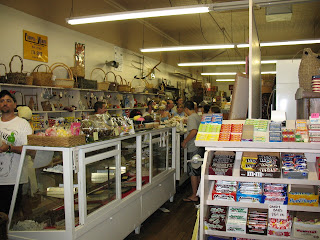 We stayed in Chariton, IA in a church parking lot the concrete jungle suburbs. Chariton did a great job organizing an efficient and cheap shuttle. We ate at a goopy chinese buffet and enjoyed a relaxing afternoon.
Posted by LissyJo at 12:17 PM