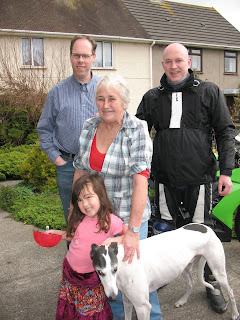 We wet to see Aunty Judy in Swansea for one night. She has her son over for the night as well, and Ceri hadn't seen this cousin since he was a kid, so it was a nice surprise. Judy has 2 dogs, and was fostering 2 more dogs. Amelie particularly liked Zeb. She doesn't remember, but she used to play with Zeb the last time we were in swansea. 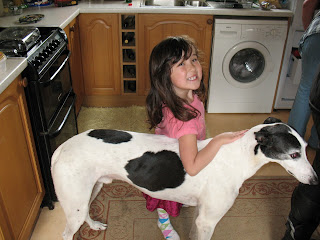 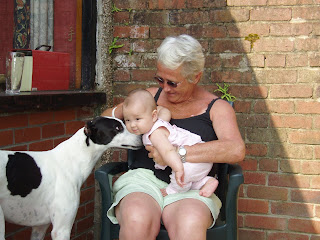 We satisfied my castle-itch at Kidwelly castle, near swansea. Although it's an abandoned shell of a castle today, it is well preserved, and they let you climb around and explore the rooms 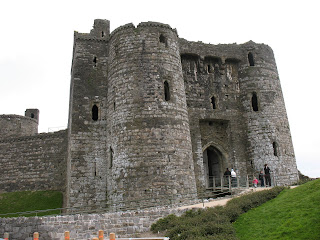 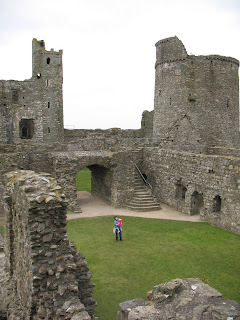 Here is adele in one of the castle rooms:

And here is amelie demonstrating how the Murder Hole works. Of course, in the good ole days, this hole wasn't covered with a grate. The area she is standing is over the front gate of the castle and i'm guessing they dropped hot oil and feathers, or witches or whatever else they had an abundance of through this hole on the bad guys. 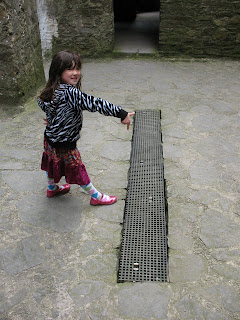